Women who have inspired me 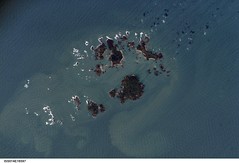 I am interested in Radio 4 UK Women’s hour’s quest to find the most powerful woman in Britain. They are asking questions such as what is “power” and are hoping for women to be nominated who have made a difference to women’s lives who are not necessarily in traditional (read often “male” positions) of power i.e. CEO’s, politicians, media celebrities. http://www.bbc.co.uk/programmes/b007qlvb/features/power-list-panel

It got me thinking about the many women who have inspired me and I realised that it would be impossible to list them all. This is partly why I have an aversion to making lists! Anyway I decided to compile a list but, in order to narrow it down, I would only include women beginning with “S”. Would love to hear from you with your lists of inspiring women.

In a kind of chronologically inspired order

As well as beginning with S, she also links in with my love of France: its peoples and language. There are so many women who have inspired me in this field. When I was in the sixth form at school I remember reading a book by Millicent Garret Fawcett (don’t think it was “Women’s suffrage” which is currently listed on Amazon) and being shocked by how many things I took for granted that I could do that women only 100 years before me had been unable to; like vote or own property. I would especially like to mention my dear friend Gill Hague who has recently retired from her active academic and activist career working with women in violent situations. http://www.bris.ac.uk/sps/people/gill-m-hague/index.html

The tragedy of the creative soul captured my imagination but also helped me begin to understand my own mother’s mental health issues. For many years I held the belief that creativity was necessarily linked with angst and turmoil. That is something I would like to transcend in my own life. I already see how much my own lovely, creative daughter Rosa has moved on from where I was at her age. She is already producing amazing creative writing and is happy in what she does. I love her Blog title “Through the Wardrobe: travels, the real, surreal and downright made up”. Reading all those tales of Narnia to her at bedtime, before she even went to school, clearly had an impact! She was always fascinated by the magical and fantastic!

Sonia was my main shiatsu teacher and has been a life long inspiration. I always said I would have studied whatever she taught! I had recently been introduced to Transcendental meditation during my university years and Sonia instilled in me a wonderful simple Zen practice of breathing and centring in the hara which continues to serve me well in my life and in my shiatsu. Sadly she is ill now, and no longer practices shiatsu but she continues to inspire with her wonderful meditation teachings.  She shines for me as an example of a woman strong and true in her spiritual path.

She is a continual source of inspiration in her quest for putting issues which are fundamental to being a woman, such as birth, pregnancy and sexuality, on the agenda. She is also a wonderful example to me of how I would like to be at her age (83): still working on the things which inspire me and full of passion and life. I also admire her work with less privileged women such as women in prisons and women throughout the world for whom birth can literally be a matter of life or death.

“Health is not a medical artifact. Economics, politics, the social system in which we live, conditions in the work-place, poisons in the environment, and personal relationships are all elements in causing health and disease. Doctors treat illness; they do not make us healthy. For the vast majority of women physical health and a sense of well-being during pregnancy is nothing to do with how often they visit the doctor, but with the social conditions in which they live.”
( Birth over 35)

Well the S is in the surname and the soul work! She has been an inspiration to me the past 6 years with her connection to the spirit and higher self. I began my work with her not sure about whether past lives exist or not, but have done so many journeys into other worlds that I know that many experiences are imprinted in my body whether or not I physically lived them. In the sessions I have released blocks arising from experiences of rape, trauma, violence, destruction and burning to death. No wonder there is still so much violence in the world. Not only through my own experience but that of so many others, I believe that we all carry the memory of all that has been lived in this world in our cells in some way. Some people refer to this as the aksahic records. In shiatsu I would explain that this is some of what the “Jing” is about.  We can either be limited by our cellular memory or free ourselves from it. 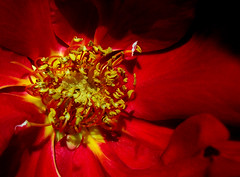